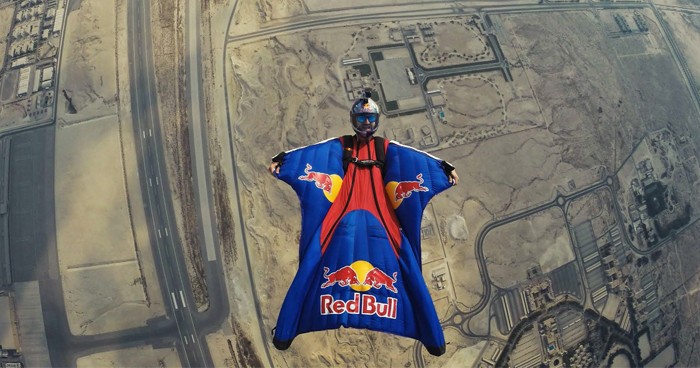 Last month the Bahraini public was stunned when Red Bull athletes made a special, first-of-its-kind appearance at the FIA – World Endurance Championship, 6 Hours of Bahrain.

It was definitely not your usual Saturday race day at the Bahrain International Circuit on November 15. As cars lined up on the grid minutes before starting their engines, Red Bull athlete Abdo Feghali, slipped onto the track and silenced the buzzing crowd by revving up his engines into a roar. He blurred track lines and drifted ear-poppingly loud donuts just as Wing Suit Base Jumper, Jokke Sommer, leaped from 5,000 feet toward him. The audience couldn’t decide where to look: at the incredibly precise drifting in front of them or at the person soaring above them.

To end it all, Sommer who landed effortlessly, walked onto the track toward Feghali who drifted around him with such precision that he left the entire grandstand on edge.

The Red Bull athletes ended their performance with a high five for a job well done on making history at the Bahrain International Circuit.