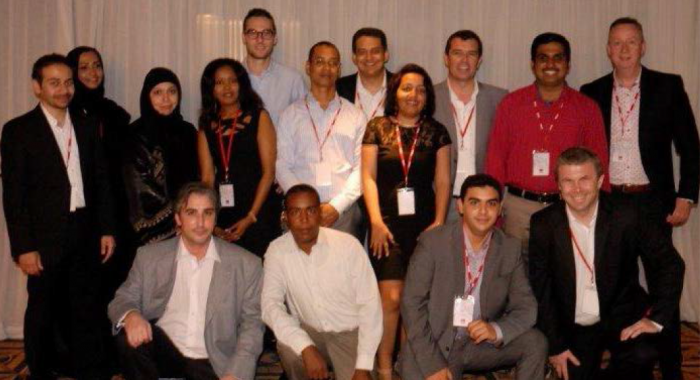 BMMI Djibouti recently celebrated its ten-year anniversary at the Kempsinski Palace, Sky Bar in Djibouti. December 10 was a special day for all our employees and it marked an occasion to remember as nearly 100 people were invited, representing a range of partners, customers and representatives of local authorities. Some of the attendees were also the ambassadors of France, Japan, China, Europe, as well as senior leaders from the French army in Djibouti.

“The event was an opportunity for BMMI to prove its strong presence and visibility in the local market, as well as to promote the group’s activities and capabilities in front of such an important audience and build an attractive image to potential customers,” said David Hansé, BMMI Djibouti’s Country Manager.

Ammar Aqeel, Robert Smith, Olivier Fricot, Gregory Smith and David Thomasson travelled to Djibouti to support the team and be a part of this critical event.

Greg White, CS&S HR Manager, added, “It was great to share these moments with the BMMI Djibouti team, and celebrate the results of their hard work and dedication over the years, well done and all credit to them.” Robert Smith, CS&S, EVP concluded, “the event was an extremely proud moment to reflect on what has been achieved over the last decade and look forward to a future that offers great potential.”

In other Djibouti related news, the French Army is reviewing catering partnership opportunities with BMMI to support their bases in Djibouti. This would also allow us to truly utilise the ISO9001 and ISO18001 certifications recently obtained for the BMMI Djibouti operations.