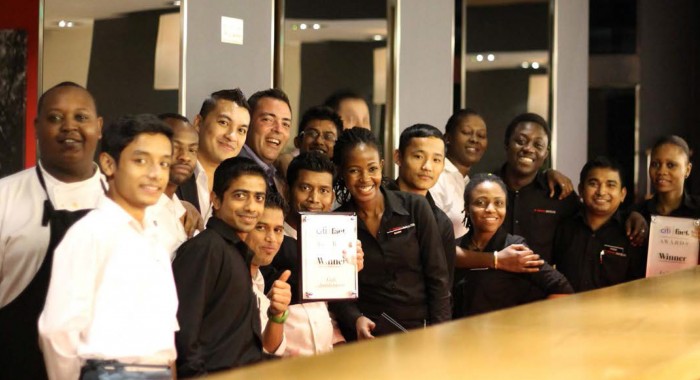 La Vinoteca Barcelona and Café Amsterdam have been awarded!

The 5th anniversary of the Citibank FACT Awards took place at La Fontaine Centre for Contemporary Art & Spa late last year where both our restaurants were awarded.

The winners were announced at a ceremony bringing together all the key players in the dining leisure scene in the kingdom for an evening of dinner and entertainment.

A group of selected panelists, made up of industry experts, senior representatives, and five highly esteemed food bloggers judged each category, as well as the public also giving their vote.

In other related news, La Vinoteca Barcelona also picked up the award for ‘Best Newcomer’ for the Time Out award!

“We’re hugely honoured to have been recognized for both the restaurants,” said James Johnston, General Manager of Bayader. “To receive an award that acknowledges all the effort we have put in is fantastic. We were up against some great names in the hospitality sector, so it’s great to come out on top.”

Well done to all those involved, we’re very proud!