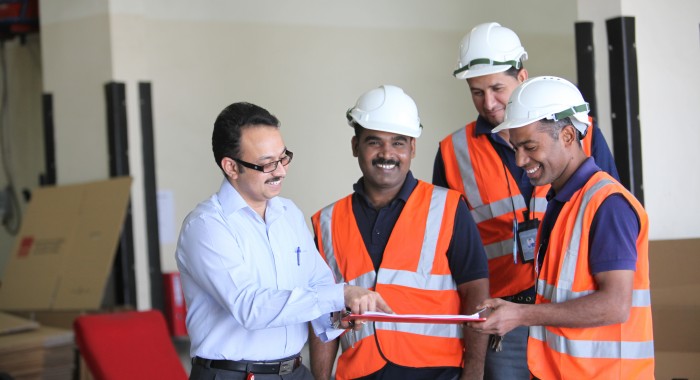 The start of the New Year has been a hectic one for warehouse staff. The first day back into work after a long break meant that they had to prepare for the Annual Sanitation Audit at 9am on a Monday morning.

Employees proved that hard work really pays off and no observations or any non-conformances were reported.

To receive an acceptable rating, our establishment may not score any critical findings or no more than three major findings during the audit.

CS&S Operations Manager, Rahil Shaikh was extremely pleased with the result, “A big thank you to all the people involved in the Sanitation Audit! The auditor (LTC Audrey C. Cole) was highly satisfied with our procedures and documentations and had ‘no observations’ nor any ‘non conformances’ noted,” he said. “In fact the auditor was very much impressed with the “Surface Swabs & Hand Swabs” routine that is carried out in the warehouse. She added that she had never seen such an activity being carried out in a warehouse environment.”

Well done to everyone involved, keep up the good work!