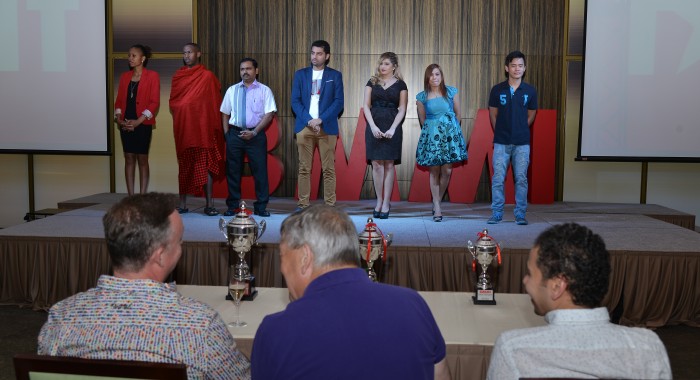 BMMI employees in Bahrain recently got the chance to show off their talents, win prizes, receive awards and socialise with their colleagues at the annual staff party!

Taking place at the ART Rotana hotel in Amwaj Islands, the night started off with a bang, with the MCs of the event, Danya Alalaiwat from Alosra and May Al Mousawi from Corporate Communications, introducing the acts of the BMMI’s Got Talent competition.

After all the acts were completed, employees got to cast their ballots for their favourite acts, voting Murugan in the top position, followed by Rosita and finally Josefrida in third place!

But the entertainment didn’t end there! The night included a trivia quiz about BMMI, a raffle for various prizes and a performance by a belly dancer – who managed to get many employees to show off their moves as well!

The annual staff party also included handing out the CEO Awards, which went to Ramla Khuder Abbas, May Al Mousawi, Carlos Cerro, Elayaduth Jaya Krishnan and Mohammed Jaffar Abdulla. Gordon also handed out the Long Service Awards, recognising 25 employees who have worked for BMMI for ten years or over.

Attendees also had a blast posing in the Winning Hearts photo booth, donning crazy props with their colleagues!

A huge thank you goes out to the Human Resources team for organising this great event! Take a look at some of the pictures from this unforgettable night.