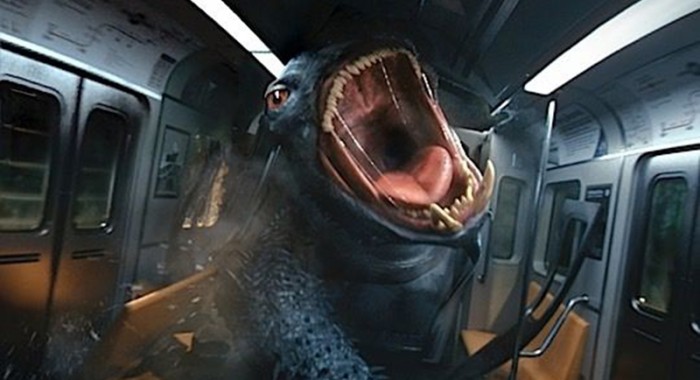 If you have an Android smartphone, you’re not just smart, but you can also become a professional filmmaker.

Calm down iOS users, you too can become amazing moviemakers, just not right now.

How? Google Spotlight Stories…what do you know about them? Well, imagine a world of storytelling, but made just for your smartphone. Using both 2D and 3D animation, as well as 360-degree spherical cinema quality video, you can immerse yourself into a film.

Your phone screen becomes a window, or viewfinder, into a story that unfolds, in real time, all around you. Move with this window and become part of the scene, follow characters, run away from monsters, enjoy the scenic view…whatever you want, after all you’re now the director! All you need to do is spin around this 360-degree environment.

Apparently, these “Spotlight Stories” were launched in October 2013, and only compatible with Motorola phones. Today, they have developed, with surround sound audio, which works perfectly when you use a pair of headphones. The Spotlight Stories app is available for Android and Google, but it will also soon be available for iOS users. It gets even better, watch these stories over and over again and it’s different each time. These stories will be arriving on the YouTube app sometime in the summer, giving Google a wider audience base and exposing more people that might want to create this immersive experience for themselves.

Currently, the Android app launched with just four stories, and has taken off, teaming up with some big names in the industry! The first story, Windy Day, won awards for its innovative creation, and the second, Duet, was created with famed animator Glen Keane, who worked on classics such Beauty and the Beast, Aladdin and The Little Mermaid. He’s come to be known as the ‘Disney Legend’.

For those Fast & the Furious 6 and Star Trek 3 fans, you’ll be excited to know, that director Jimmy Lin has teamed up with Google to create Help, the most recent story added to the bunch. What makes his take on the Spotlight Story so interesting and ambitious is that it is a live action video. So that means everything involved in this footage, including the characters and all the visual effects, play out in real time, without any of the tools you would normally need to make a movie, including; editing, camera movements, precise camera angles and shots…basically everything that directors rely on to make a movie.

Help is so impressive that it’s all anyone in the tech world is talking about right now. The story about an alien attack on Los Angeles was filmed on six RED cameras, a camera that allows for high resolution filming (in this case, footage of 6K). The footage is then joined together to give the 360-degree effect. Sounds simple right? Visual effects company, The Mill, even built a new kind of camera rig to give Lin the 360-degree live action shots he needed!

If you love stories, and technology, then check this app out! This new storytelling canvas can be downloaded by clicking here. We hope you enjoy slaying those monsters!