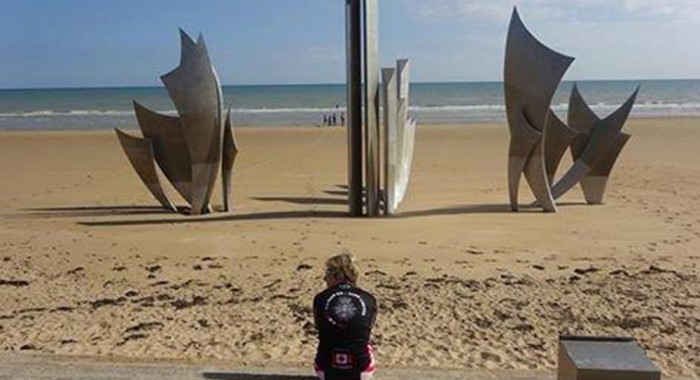 After 12 months of hard work, practicing and getting funds together for charity, GSS Kenya & South Sudan, Country Managing Director, Colin Mason, recently took part in the the annual Big Battlefield Bike Ride with over 300 other riders.

The iconic bike ride is an emotive journey through history, cycling in Northern France to tell the story of the Western Front.

All the money raised will go towards the Help for Heroes fund, a UK based charity providing support, facilities and opportunities to injured service personnel and aims to rehabilitate them with the support they need to deal with their situation, as well as assisting them with getting back to work.

As the ride set out from Paris, following a grand send off from the French public, we spent the following five days taking in the sites of the French countryside and the outstanding scenery, as we made our way to Cherbourg.

The ride this year focused on the World War Two D Day beach landings, and as we got closer to the beaches of Normandy, the historians who travelled with us on the ride told us stories from different memorial sites and strategic points along the route.

One of the biggest highlights of the trip was to stand on Pegasus Bridge, a landmark that represents the important role it had in the war, built in 1934.
Another highlight for me was actually meeting Madame Gondree, whose parents’ restaurant, which had been held by the German troops, was the first building to be liberated on D Day. It is still a restaurant today and tells the story throughout the occupation and following their liberation.

We visited a number of war memorial sites where thousands of WW2 casualties were buried. This gave us the time to reflect on the reason why we were partaking in the ride, which was to raise funds for our present day casualties from recent conflicts.

We also had the privilege of hearing personal stories from individuals who had lost limbs, as well as personnel who suffer from less obvious injuries and mental illnesses.

We were joined on the ride by injured personnel from USA, Canada, Australia and France as well as some of the Band of Brothers from the British Military, and whilst we rode on the routes, we had the opportunity to get to know everyone and truly begin to understand the courage and determination these ladies and gentlemen have in the fight to recover and try and lead as normal a life as they possibly can.

We set off from Paris on day one, there were four other rides setting off in the UK and we all joined together for the Hero Ride, which saw over 1000 riders riding through Windsor in the UK.