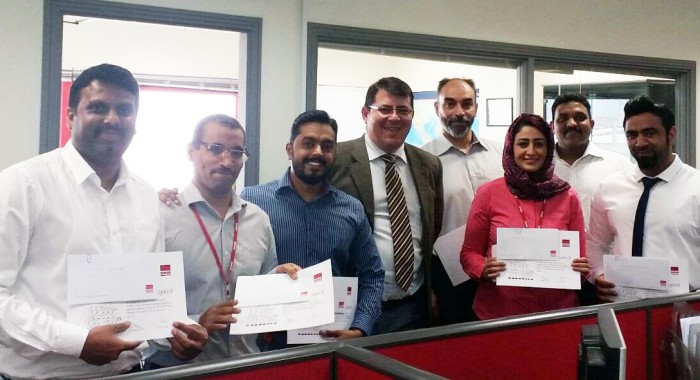 Since the start of 2015, the ISS Liner team has been doing a remarkable job. They managed to pass three audits as well as ensure a smooth transition of the merger between Hapag Lloyd, an old client, and CSAV.

The team were recognised during a small ceremony at our Sitra HQ and were awarded Winning Hearts certificates for their hard work.

The team has against all odds kept the morale up and displayed true team spirit and achievement.

Although it was a stressful first few months of the year, the team passed the financial and general internal audit. However, their true accomplishment is when they passed the external principle audit. A team of three auditors from Hamburg and Chile visited the offices for one week where they audited our line operations, documentation, customer service, sales and finance. They also visited the port terminal.

Well done to all those involved, a job well done…you deserve it!