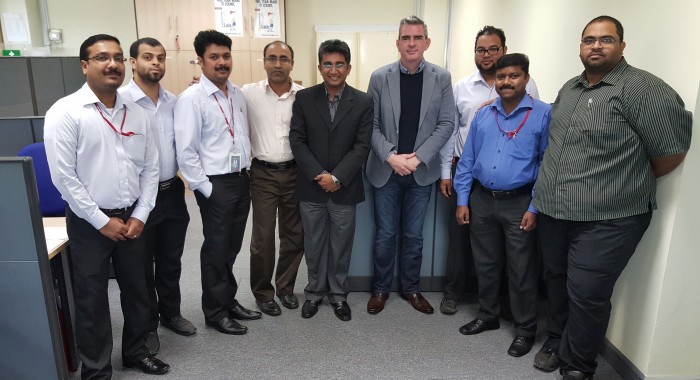 The Nader Trading team are proud to announce that they won the Henkel Arabia award for “2015 Sales Performance of the Year”!

The team has continuously put all their efforts into ensuring sales figures were high, as mentioned in the January 14 issue of Missing Links.

“This is a huge award for us, having been at just 1% growth in 2014, and now having delivered 32% in 2015,” said FMCG Distribution General Manager, Chris Charters. “Sooraj and Mohan have worked tirelessly towards this number and I'd also like to call out Gipin from the sales team for a special mention for his efforts beyond the call of duty.”

In 2015, the region grew by less than 15%, but Nader Trading grew by over 30% in a difficult market, dominated by P&G and Unilever.

“All of our key metrics are positive and it puts us in a great place for future market share and IMS growth,” Chris continued.

Our relationship with Henkel is extremely strong and it is again down to the team’s support and hard work.