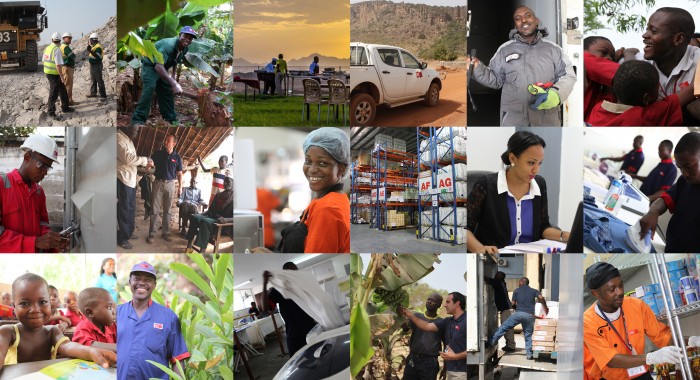 Since 2010, BMMI has been associated with various military contractors in Bahrain. Being a regular supplier over the years, BMMI has proved to be one of the preferred vendors for Bahrain based operations, handling over 80% of certain contractors’ supplies, including, MRO (consumables) supplies, kitchen equipment, containers and more.

In 2015, BMMI won a contract for supplies of heavy equipment and vehicles, such as telescopic handlers, fuel and water tankers, passenger buses, reefer vans and more, worth a total value of over $800K. This year, GSS Bahrain was once again awarded a Blanket Purchase Agreement for supplies of consumables, proving that the team’s commitment to excellent customer service and top-quality offerings has really paid off and not gone unnoticed!

Irish meat back in Bahrain thanks to GSS!

In early 2015, GSS Bahrain launched a new project to bring back Irish beef into the island, after exports from the country were stopped in 2009.

After a lot of hard work and initiative, the team was able to successfully rekindle its relationship with meat processors from Ireland and began to import beef into Bahrain once more, beginning with supplying it to their internal customers. The GSS Bahrain team made sure to source the best Irish beef supply, which comes from prime steer cattle, under 30-months grass-feed, giving it a unique flavour and tenderness.

In September 2015, with a huge positive response and growing demand for premium quality meat, GSS Bahrain received their first shipment for Alosra supermarket, which consisted of approximately 3.5 tons of Irish beef. To date, an estimated 22 tons of beef have been imported into Bahrain, thanks to GSS’ efforts.

The project is still running, with plans to expand the supply range to other supermarkets and hypermarkets across Bahrain soon!

GSS Bahrain, in collaboration with BMMI Djibouti, has managed to win a one-year contract to supply fly ash (pulverised fuel ash) to a major military civil contractor in Djibouti. Under this contract, GSS Bahrain supplies 432 tons (which is equal to 16 units of 20ft containers of fly ash every quarter) to the client. Shipped from a supplier in India directly to Djibouti, GSS Bahrain has successfully completed delivery of all 16 units for this first quarter.

Delivery across borders – all the way to Romania

BMMI has a long history of catering supplies and services to clients globally, regardless of their location. Be it in war zones and remote locations such as Afghanistan, Iraq, Central Africa or East and West Africa, GSS Bahrain always stays true to its promise of ‘delivering quality of life where it’s needed most.”

In 2015, GSS Bahrain managed to add in another region / country in their supply chain capabilities, when they won and successfully supplied MRO (consumables) products on multiple occasions to a military camp in Romania. This step is in line with GSS Bahrain’s commitment to continue growing its network and ensuring that a client’s location never stands in the way of delivering excellent service and providing them with the best offerings.

GSS Bahrain, in association with GSS Gabon, recently took one more step towards reducing food wastage. As part of their commitment to sustainability and attempts to achieve zero-waste, remaining stock from GSS Bahrain, consisting of frozen and dry products, were shipped to Gabon, to be utilised in operations there. This is a great example of collaboration between internal divisions to reduce waste and save cost!