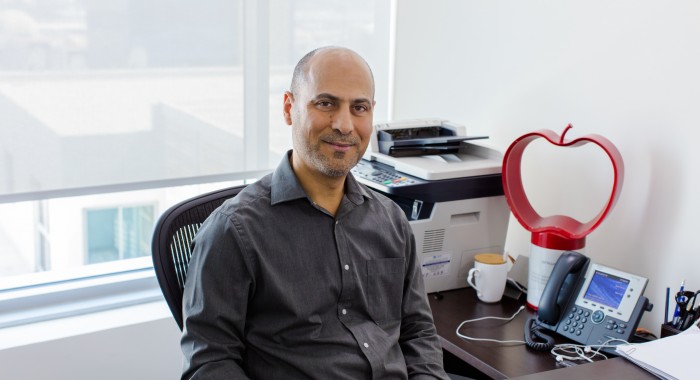 After over 20 years of loyal service, our HR Operations & Administration Manager, Mohammed Turaif will be starting a new journey as he moves into his retirement. The Corporate Communications team recently sat down with Mohammed to talk about his experiences at BMMI, which span a quarter of a century!

To many of those who know him as a familiar face in Human Resources, it might come as a surprise that Mohammed Turaif first joined BMMI in 1991 through Inchcape Shipping, when he became the Container Controller & Operation Supervisor. For his first six years with the Group, Mohammed progressed in the shipping division, becoming Packing & Removal Supervisor in 1997.

However, Mohammed always had his eyes set on HR. “I had wanted to join HR because I found that I really loved dealing with employees all the time, and I had built strong relationships across the business because I was very active in the Sports & Social Committee,” said Mohammed.

With Inchcape, Mohamed was initially working out of the Mina Salman office, followed by the Manama office that used to occupy the space that is now Downtown Rotana. BMMI’s offices at the time were more spread out, and employees from different divisions did not get to interact as often as they do today. However, employees did have a sports and recreation centre, and Mohammed was fast becoming one of the most known BMMI employees since he was on the team for every activity and tournament!

In 1997, when a position as External Relations Officer became available, he left his supervisory position to transfer into HR. Mohammed then took on the role of Payroll Officer from 1998 to 2004, before being promoted to regional HR Supervisor. “I was doing a bit of almost everything. At the time we were only three people in the whole department, so l got to experience doing various things like recruitment, payroll, paperwork and a bit of training,” said Mohammed.

In 2009, Mohammed was promoted to Assistant HR Manager, before moving a year later into the role of HR Operations & Administration Manager. By then, the BMMI Headquarters in Sitra had been operating for a while, and a lot of the employees that were previously dispersed across Bahrain, became centralised under one roof. “This was much better for employees. Previously, it was difficult to meet an HR employee or manager in person, but I made sure to practice our open door policy. The HR team became more approachable, friendlier and more in proximity to others,” said Mohammed.

Many other changes were taking place in the organisation across the years, as well. The Group was expanding from a locally-based company of 800 employees, to a Group that would eventually encompass 11 countries with over 2,000 employees.

As the company grew, so did the HR team, with new employees coming in to meet needs, as well as to begin specialising. “When I started in HR we were doing everything, we were all generalists. But as we grew, we needed more focus and more specialised employees,” said Mohammed. But the employees in HR didn’t start out as specialists, in fact, none of the team came in specifically from an HR background. Over the years, Mohammed helped groom and provide learning opportunities for his employees, just as he had learned through experience himself. “The team grew bit by bit, and has since evolved to the experienced and qualified team it is today. I think the team is very successful and I am very proud and happy I am leaving a team that started with me, I feel like I am leaving a family and not just colleagues,” he said.

Mohammed leaves the team stronger, more specialised and more effective than ever. From only three employees, the department has grown to encompass 13 individuals focusing on a diverse range of areas including recruitment, learning and development, performance management, employee relations, external relations, compensation and benefits and HR administration, as well as a talent management function.

In terms of his own learning, Mohammed explains that he owes it all to BMMI. Joining the Group at a young age, and staying for 25 years, Mohammed had many opportunities to learn and develop. “I came here and I didn’t know anything about HR, it was like a dream for me to be where I am now. The management team supported me throughout my career, especially Gordon Boyle, right from day one. I attended courses, obtained new qualifications and gained invaluable experience, and I owe it all to BMMI. It was truly rewarding for me to be here for all this time,” he said.

Even though he had received many offers from other companies throughout the years, some for even bigger roles, Mohammed believes that BMMI’s culture was unique. “Frankly, very few companies are like BMMI, it has a very open culture, it’s a learning culture, it’s friendly, we have our open door policy, and our values and recognition are unparalleled,” said Mohammed. He added that he was the first employee in the company to receive an Employee of the Year Award, which came directly from BMMI’s President & CEO, a fact that was a major boost to his morale and motivation.

“Looking back, I don’t regret at all that I stayed in this company for 25 years. I am happy with all I have achieved, I’m leaving a strong team, my colleagues are happy and I am happy with them. I will miss everyone, because they have become like family, but we will always be in touch," said Mohammed.