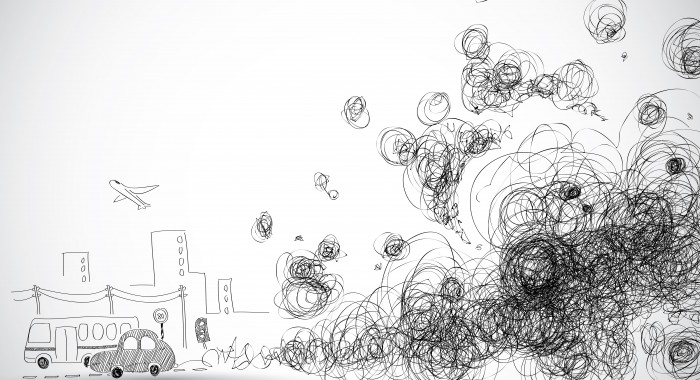 Climate change is one of the greatest threats facing our planet today, with 14 of the warmest years ever recorded falling during the first 15 years of this century.

According to new data from the World Health Organization (WHO), most large cities in the developing world have been breaching global air pollution guidelines. In fact, air pollution has risen by a staggering eight percent globally in the past five years.

Air pollution consists of many pollutants and particulate matters that are able to penetrate the respiratory tract, constituting a risk to health and increasing mortality due to respiratory diseases, infection, lung cancer and cardiovascular diseases. The WHO estimates that this causes three million premature deaths a year, making it the most threatening environmental risk to human health.

Latest urban air quality data, collected between 2011 and 2015, reveals that 98% of cities with over 100,000 inhabitants in low and middle-income countries do not meet the WHO air quality guidelines. Out of the 3,000 cities in the WHO’s air quality database, the most polluted at the time of measurement was Onitsha, a fast-growing city in Nigeria, recording approximately 30 times more than the WHO’s recommended levels.

Urban air pollution continues to rise at a truly alarming rate. However, awareness is increasing and more cities have started paying closer attention to monitoring their air quality. The WHO report urges policymakers at the city, national and international levels to promote more efficient waste management, sustainable energy production and cleaner transport.

Climate change inexplicably affects the livelihoods of the most disadvantaged. The rising sea levels, as well as the vulnerability of food and water supply, are truly detrimental. If we don’t act, sea levels will continue to rise, longer and hotter heat waves will persist, dangerous periods of droughts will occur more frequently, and major food scarcity will prompt greater conflict and hunger around the world.

With the UN Climate Change Conference in Paris reaching a legally-binding, international climate agreement pledging to keep warming well below the 2°C threshold, 2016 has been a crucial year in accelerating the climate protection efforts both locally and internationally.

“Today the world is united in the fight against climate change. Today the world gets a lifeline, a last chance to hand over to future generations a world that is more stable, a healthier planet, fairer societies and more prosperous economies. This robust agreement will steer the world towards a global clean energy transition.”–European Commission President, Jean-Claude Juncker.