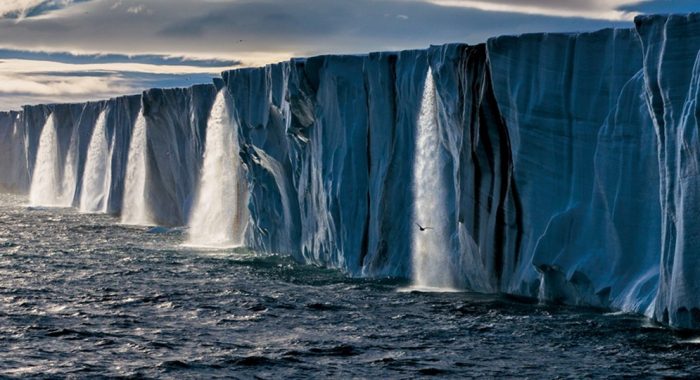 “Clean air, water and a livable climate are inalienable human rights. And solving this crisis is not a question of politics it is a question of our own survival.” - Leonardo DiCaprio, U.N. Messenger of Peace for the Climate.

What happens when three Academy Award winning celebrities come together? A great piece of work, obviously. ‘Before the flood’ is a 2016 documentary film about climate change brought alive to the screen by filmmakers Fisher Stevens and Martin Scorsese, featuring actor and well-known environmental activist Leonardo DiCaprio.

The film follows DiCaprio as he travels to the Arctic and across five continents to witness and document firsthand the detrimental impacts of catastrophic destruction. He joins scientists on expeditions exploring global warming, and meets with environmentally active political leaders, all working towards the common goal of exposing brutal realities and encouraging positive change. You can watch the full feature film on YouTube: https://www.youtube.com/watch?v=SV-OID45Lds

In addition to observing the effects of climate change on life on land and sea, the film also exposes the so called ‘orchestrated campaign’ of pushing out misinformation supported by special interests to maintain status quo. It also explores the issue of media manipulation which underplays the risks of intensive carbon production and heavy dependence on fossil fuels.

Nonetheless, the film also explores the specific steps in which we can and should take as individuals to push our leadership in supporting the development of renewable energy.

At the end of the day, we cannot deny how interconnected humanity is- our fate comes down to the realization that we possess collective power as individuals towards contributing to a better planet for future generations.