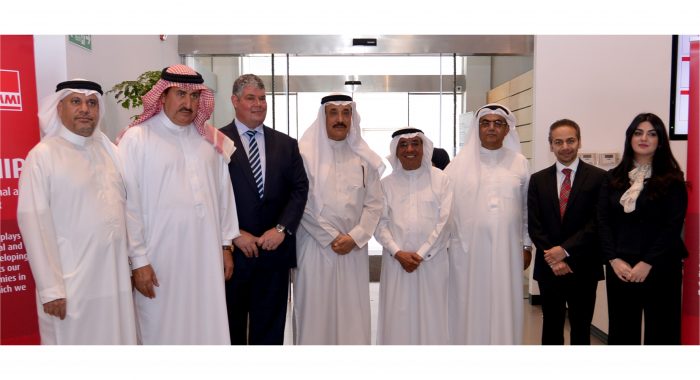 In support of the initiative, His Excellency, Bahrain’s Labour and Social Development Minister, Jameel Humaidan, recently paid a visit to BMMI’s corporate office in the Seef District to observe the welfare of the new employees that were employed under the National Employment Programme and to hear about their experience.

The Minister also met with BMMI’s Chairman of the Board, Abdulla Hassan Buhindi, and several other Directors, and praised BMMI’s efforts to recruit Bahraini talent, stating that the company has demonstrated its responsibility and faith in local talent and capabilities across the organisation’s various divisions and subsidiaries. Additionally, he urged other private entities to follow BMMI’s lead in the employment of Bahrainis, and noted that the local workforce have had a long history of proving their commitment and talent.  Speaking to the newly hired employees, the Minister also encouraged them to further prove their competency, dedication and excellence by being high performers throughout their career.

The private sector plays an important role in the success of the Ministry’s programmes and projects that aim at increasing employment rate of citizens, said His Excellency, Jameel Humaidan. The increase in the employment rate of locals is an important factor in developing the workforce and improving the economy, while also encouraging investments, growth and creativity, he added.

From his side, BMMI’s Chairman of the Board, Abdulla Hassan Buhindi, commended the Ministry of Labour and Social Development’s efforts in developing qualified Bahraini employees. The Ministry’s policy of promoting societal partnership between different types of related entities has helped strengthen the standing of local employees in private organisations, he added. Mr Buhindi also noted that BMMI has 350 Bahraini team members across the organisation’s 25 locations in the Kingdom, with a Bahrainisation rate that exceeds 50%.  This rate is higher than the specified minimum percentage and reflects BMMI’s commitment and belief in the local workforce. He also added that the company is looking forward to hiring more local employees, especially recent graduates, in the upcoming period.

His Excellency, Bahrain’s Labour and Social Development Minister, Jameel Humaidan, meets the newly recruited Bahraini employees, along with BMMI Board Members and management