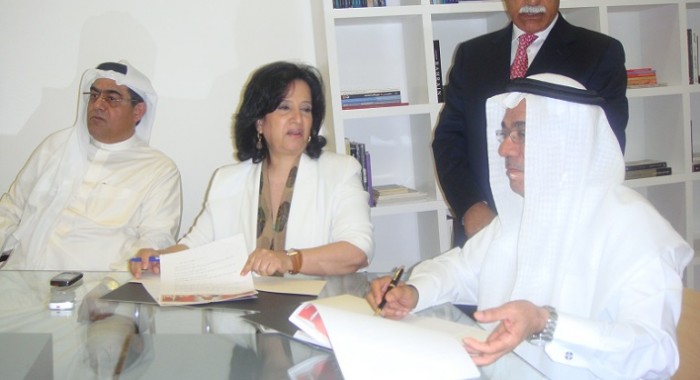 The project, entitled 'Pearling - Testimony of an Island Economy', will consist of a two mile long pathway which will begin at the seafront and span core historic buildings in South Muharraq to recreate how the governorate used to be when pearling still determined all aspects of life in Bahrain. The Pearl Pathway will be unveiled to the United Nations Educational, Scientific and Cultural Organisation (UNESCO) committee on their visit to Bahrain in February 2011 to be recognised as a 'World Heritage Site' together with Qal’at al-Bahrain (Bahrain Fort) which is already on the list.

“When we host the UNESCO conference next year, the entire world will focus on Bahrain and this will be a great opportunity to promote the island’s rich history. It has been almost fourteen years since anyone in the Arab world has hosted the World Heritage Committee and it is an honour for us to have been given this privilege,” says Sheikha Mai.

“While the project is coordinated by the Ministry of Culture and Information, it is dependant on the cooperation and assistance of many other governmental and private institutions to make this dream a reality. BMMI is among the generous sponsors of the Pearling Heritage Project with a pledge to support the restoration of a fort along the pathway.”

As a Guardian of Bahrain Pearling Heritage, BMMI will contribute BD225,000 from its Alosra Charitable Foundation which will go towards restoring the Qal’at Abu Mahir (Abu Mahir Fort) in Muharraq. Any surplus funds from this renovation project will then be used to restore the Bab Al Bahrain (Gateway of Bahrain) monument in Manama.

“Established with an aim to support the betterment of the local communities in the countries where we operate, the mission of the Alosra Charitable Trust is seamlessly aligned with the strategy of the Ministry of Commerce which is centred on building a better life for every Bahraini. With our strong roots in Bahrain, having set up the company during the rich pearl-diving era in 1883, the BMMI Group shares a vested interest in preserving the island’s pearling heritage for future generations,” explains Mr. Buhindi. “Once complete, this project will be an invaluable resource to promote archaeology and heritage to young minds in Bahrain and it is an honour for BMMI to be a part of this epic endeavour.”

Work on the Pearling Heritage Project is expected to begin in the new year and it is scheduled for completion by December 2012.